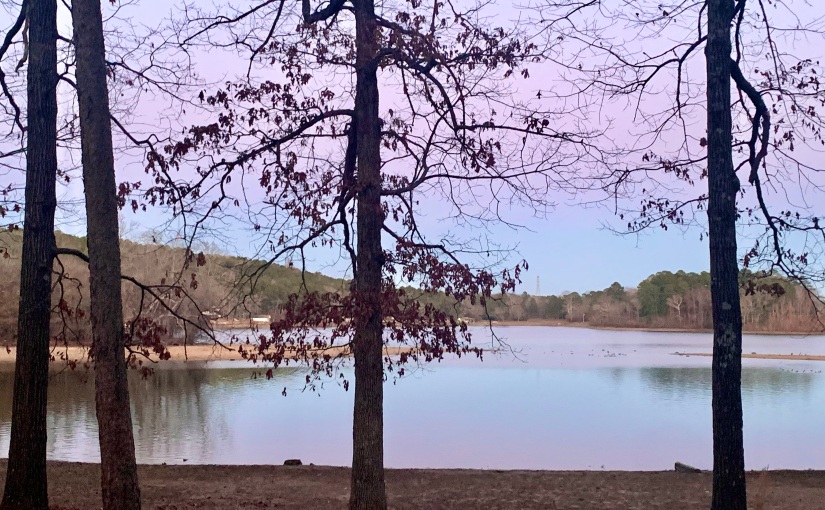 I am obviously behind in my posting. I do intend to get into a rhythm – probably twice a week to start, unless I become inspired to do more. I’ve been inhibited by a combination of things:

Some of the things above have already gotten easier. Some of them will continue to do so, some of them won’t, and I’ll just have to live with it. It’s a process, and I’ll get there. The rest of this week will still be a bit frantic (though I think I’ll have a day or two to really devote to slowing down and thinking about it all.) Next week, I’m planning to stay put for a few days and will get caught up.

For today, let me say this: I haven’t showered in three days. I’ve had pretty terrible sleep (though in beautiful locations, an example of which you can see above, taken from my bed one morning) for the last three nights. I basically wiped myself down with a wet paper towel in a Starbucks bathroom this morning. My hair resembles a mop used to clean up an oil spill. I’ve eaten mostly beef jerky and salads for meals because I don’t want to take the time to actually cook something, and I don’t want to eat fast food. My car takes about five minutes to get messy again every time I think I’ve gotten in under control. I have alternately frozen my ass off and sweltered, because winter in southern America is a miserably unpredictable season, made more so when you’re not always surrounded by four solid walls.

But … I’ve seen some lovely places and had some lovely thoughts and ideas and talked a lot to lovely people, and I am having the time of my life despite being a total dirt bag much of the time. Two weeks down, 28 more to go, and I think by the end of that, if nothing else (and there will be plenty else), I’ll have some very different ideas of what “luxury” means that will – in a Stoic sort of way – utterly change for the better my sense of appreciation and gratitude.

In the meantime, I’m immensely grateful to be having this experience.

2 thoughts on “Life on the Road”